“I don’t want any of those princesses. I don’t even like princesses,” Lucy says, her eyes brimming with tears.

‘Since when?’ I think, but now is not the time to ask.

We are trying to avoid an epic meltdown 20 minutes before Lucy and Sam’s 6th birthday party. On our way to the community centre, where we’re having the party, we stopped by the grocery store to pick up the cakes.

Tink and Peri were M.I.A. 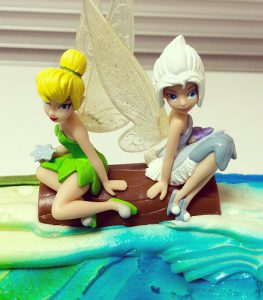 What’s the big deal, you ask? Throw on a Cinderella figurine, or Ariel or Elsa or Anna. Everyone loves Anna and Elsa, right?

I looked at my sad little girl and asked, “What about Ariel? You like Ariel.”

Lucy shook her head. She took a deep breath and as her shoulders inched up towards her ears, I knew we were seconds away from the dam bursting… The point of no return. “I don’t like her or any of the other princesses. I want Tinker Bell and Periwinkle.”

As much as I wanted to say “It’s just a cake. It doesn’t matter,” I had to remember, it does matter… It matters to her. To this little girl, to my little girl, to the birthday girl, all that mattered in the world right now was getting the right cake for her birthday. 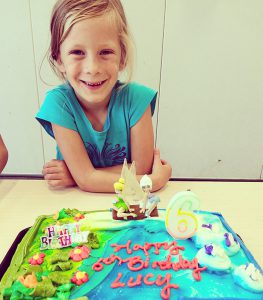 Lucy loves being in charge. She likes control. She likes making decisions. She loved that she had full control of her cake; whatever she wanted, she could get. And now, from her point of view, we were ripping that control away.

As the tears threatened to fall, Mark asked if the bakery could call around to another store to see if they had the figurines.

Jackpot! One store, 5 kilometres away, had them.

With mere minutes before the party started, Mark dropped Lucy, Sam and me off at the community centre and raced to the other bakery to save the day.

I’m happy to say that tears were avoided and Lucy, along with Tinker Bell and Periwinkle, had a fabulous birthday party.