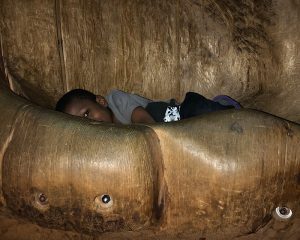 Sometimes expectations are too high.

A lot of the time.

And then there’s the times nothing clicks.

It all seems impossible.

But we’ll get it.

It will get less hard.

Because that’s how it works.

But I’m allowed to think it’s hard. Because it is. And writing it down will give me the opportunity to look back one day and remember how hard it was.

Because by then it won’t be as hard. ❤️ 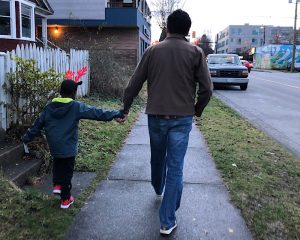 Writing this today reminded me of a post I wrote almost exactly 9 years ago….

That’s what I say to myself as I walk out the front door of our condo. Two is hard.

It’s been one of those days. I can’t even pinpoint any one thing that made the day seem so long. It just was.

There were a couple instances of Sam biting Lucy, but that’s not new. He did that even before he had teeth. There was Lucy’s disastrous dirty diaper that required a complete outfit change, but that’s not a first time occurrence either. There were tears, melt downs and more tears but, again, I’ve seen it all before.

Today was just one of those days when it happens all at once, all day long… with both of them. Two is hard.

That’s why I had to leave. Once Mark was home and the babies were bathed, fed and down for the night, I made my escape. I just need some time alone, because (you guessed it), two is hard.

And some days, like today, two is really hard.

“Two is hard” is on repeat in my head as I walk down the street. Two is hard.

But it is my reality: I have two babies. And there is nothing I can do to change it. And would I change it if I could? As hard as it is, I can’t imagine my reality any different. Lucy without Sam? Sam without Lucy? It just wouldn’t be right.

My walk gives me a chance to take a few deep breaths and decompress. Eventually, instead of focusing on the twice as many diapers, cries and melt-downs, I’m thinking about the twice as many smiles, giggles and snuggles.

And to make myself smile a little bit more, I think, “Two is hard… but at least I didn’t have triplets.” 😍