John Brink: Against All Odds- A Review

By: Amy Beeman|Published on: May 3, 2021|Categories: Family, Living life| 2 comments

Do you ever watch a movie and feel your stomach drop when the good guy gets into a ring with the bad guy? You’re rooting for the good guy, but you have your doubts. You watch as they circle one another and then suddenly the opponent lunges. Before you even realize what is happening, the hero of the story is flat on his back on the ground. But he doesn’t stay there; he gets up. You can feel the optimism bubbling in your chest. Maybe he still has a chance. And then bam! He’s down again. He struggles to his knees and tries to stand up. “Stay down,” you’re thinking. “Just stay down. You can’t take any more!” But he doesn’t hear you. Or maybe he does and he just chooses to ignore you. The good guy struggles to get onto his feet again. Battered and bloodied, there’s still a smile on his face as he braces himself for the next round.

That good guy is John Brink.

I grew up in Prince George, British Columbia. I’ve always known the Brink name, but I didn’t know the story behind it until I read Against All Odds: How Attitude, Passion, and Work Ethic Lead To Success by John A. Brink.

John’s journey is an inspiration. His book paints a vivid picture of a little boy in Holland during World War II, waiting for the Canadians to liberate his country. And then a frustrated boy who, after three attempts, still could not pass Grade 7 and was made to enter the workforce at the age of 14. He then describes a young man, who at the age of 25 leaves his family, his friends, his country, everything he knew and arrives at the Greyhound bus station in Prince George with nothing more than $25.47 in his pocket and hope and optimism in his heart.

His story, of course, does not end there. In his book, John Brink describes how his dream was to own his own sawmill one day, and how that dream got derailed numerous times. Yet, he didn’t quit. Of course he didn’t. Battered and bloodied, he got back up every time he was knocked down and started over.

Sleeping outside under a tree when he couldn’t afford lodging, lawsuits, the threat of bankruptcy, an ADHD diagnosis at the age of 58, court cases… none of it stopped him. The setbacks only fueled him to work harder.

Whether your goal is to own your own business one day or you’re looking to reach your full potential in another capacity, you will find inspiration in this book. I know I did.

Here are a few of my favourite takeaways from John A. Brink’s Against All Odds: 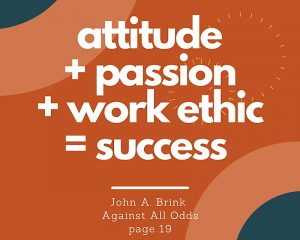 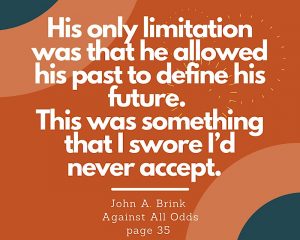 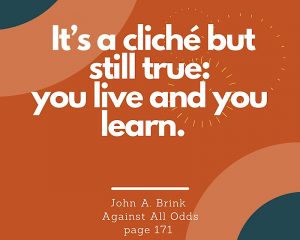 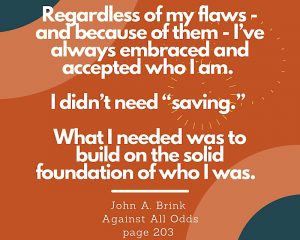 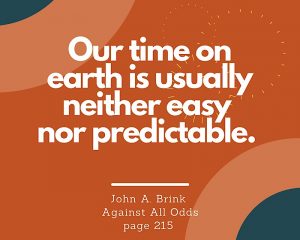 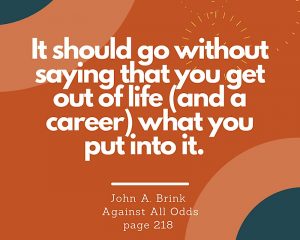 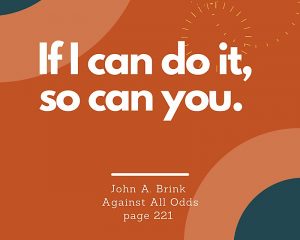