Those three words are hard to write (and even harder to say).

But I’ve hit a wall. Honestly, I’ve been running into the same wall for months now. I bought all the career-self-help books out there (thank you for all the suggestions!), I’ve done all of the exercises (okay… if we’re being honest… I’ve done most of the exercises) and I still feel like I’m slamming up against the same damn brick wall.

Hiring a career coach seems indulgent. It’s my life. It’s my career. I should be able to figure it out on my own.

(Ugggggh. Doesn’t seem to be getting any easier to write.)

So I’m taking a deep breath, and I’m asking for help. I’m signing up with a coach.

According to medium.com, Cristiano Ronaldo has a coach. Barack Obama has a coach. Richard Branson, Oprah Winfrey, Tony Robbins have coaches. Even Buddha had a coach.

And you know the saying…

If it’s good enough for Oprah… 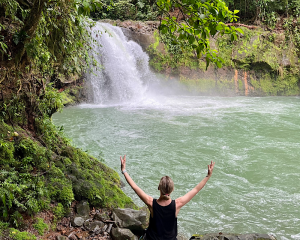